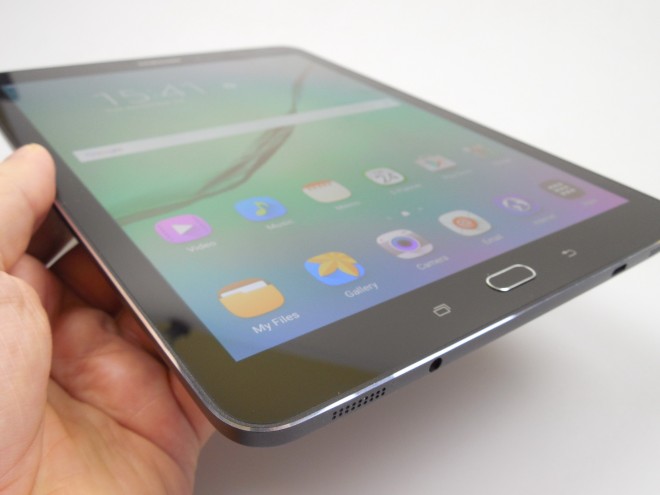 I was looking forward to testing the Samsung Galaxy Tab S2 9.7 slate, especially since it has that ultraslim waistline of just 5.6 mm and lo and behold it has dropped in my lap. We’ve got a test unit right here at Tablet-News.com and what you can see below is more of a preview than an unboxing.

We have the unofficial box of the device, but inside there’s pretty much the same accessory setup you’ll get on the regular device, minus the manual. Launched in September, this model is priced at $400 these days on Amazon. Coming in white, gold or black, the slate impressed us through its ultraslim waistline and it also weighs very little, at 389 grams in the WiFi version. 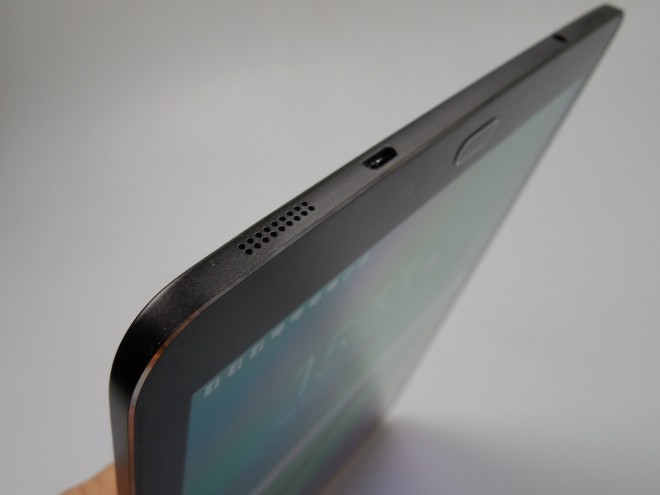 At the back there’s an 8 megapixel camera, while upfront we find a 2.1 MP shooter. Galaxy Tab S2 9.7 packs a 5870 mAh battery, good enough for 12 hours of video playback, or 109 hours of music. We get two speakers at the bottom, a fingerprint scanner embedded within the Home button and GPS. The OS is Lollipop with the latest Touchwiz on top and Microsoft has bundled its apps here, like Word, Excel, OneDrive, PowerPoint and more.

We’ll be back very soon with a review.

One thought on “Samsung Galaxy Tab S2 9.7 Preview (SM T810 X): The Thinnest Tablet in the World Has Arrived! (Video)”