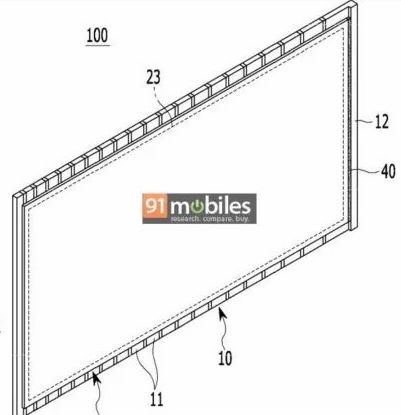 We’ve heard about scroll-like tablets and rollable devices before, but this one really seems like the real deal. There’s a new Samsung patent coming up online and showing us an “extremely rollable portable device”. Let’s check it out.

91mobiles.com is the source of the leak, that goes beyond the usual “bigger Galaxy Fold” models. We already knew that Samsung was working on larger diagonal foldables, to be honest. The new patent shows a device that can be rolled like a yoga mat or piece of dough. This design patent is straight out of the USPTO database.

It’s dubbed “Rollable Display Device” and it belongs to the Samsung Display subsidiary. This set of documents and sketches was filed with the USPTO back in August 2017. The odd thing about it is the large number of hinges present, no less than 20 of them. There’s a single flexible display here, combined with several hinges, that are placed at shorter distances compared to other previous patents and foldables.

This is a very flexible device, that can change multiple formats, going from tablet to laptop, phone and more. It has a screen at the front and one at the back, The patent also mentions several supports inside the device, connected via rotatable hinges. The hardware inside is connected to a flexible circuit board and a special sealant holds everything together. This is not the type of device we’re going to see anytime soon. 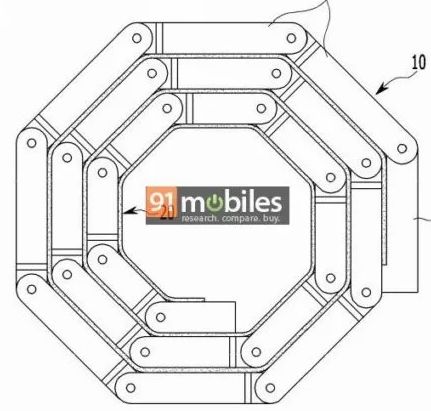