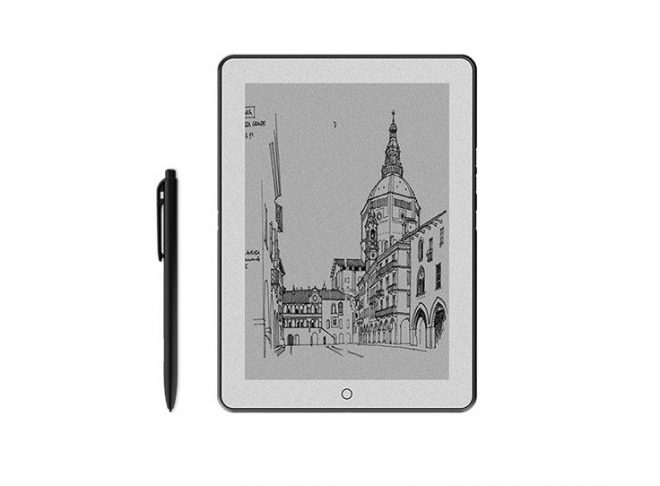 Dual screen smartphones were vaguely popular (less now with YotaPhone bankrupt), but dual screen tablets haven’t quite been tried. There’s a color screen in the mix on one side and an E Ink screen on the other side. It’s called Eewrite Epad X and it’s shown below.

The product runs Android and packs a 9.7 inch IPS LCD display with a 2408 x 1536 pixel resolution as the main screen and an E Ink 1200 x 825 pixel screen on the other side. Eewrite wants to write a crowdfunding campaign for the tablet soon and the folks of Notebook Italia managed to get cozy with the device in the video below, in an early prototype.

Eewrite representatives claim that the device is still a work in progress, on the hardware and software front. They want to make the tablet thinner, among other purposes. The tablet will feature a button that switches from one screen to the other, much like the Vivo NEX Dual Display. The tablet also supports a Wacom digital pen with 4096 levels of pressure sensitivity.

It can read eBooks and other documents and lets you take down notes, draw pictures and more. Specs include a MediaTek MT8176 hexa core CPU, 2 GB of RAM and 32 GB of storage, plus a microSD card slot and a 5000 mAh battery. There’s an USB Type-C port and stereo speakers, plus Bluetooth, WiFi and GPS. I can’t imagine a small price for this device…