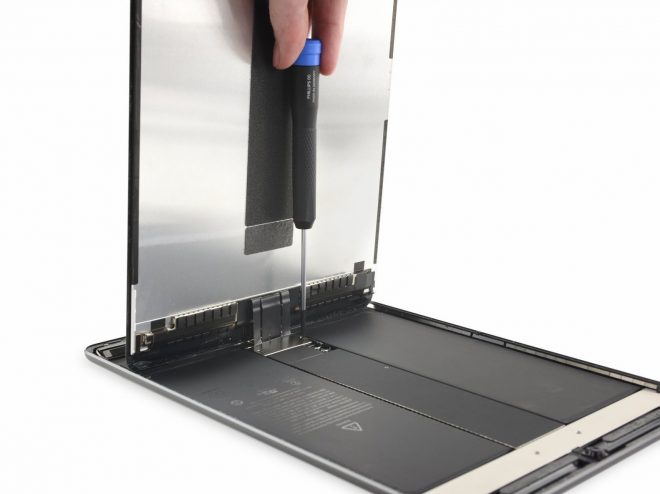 Yesterday we showed you a teardown of the iPad Mini 5, courtesy of iFixit and today the other new tablet gets taken apart. I’m talking about the iPad Air (2019), that seems to have a few surprises for us. Let’s see what the iFixit teardown unveiled.

Also known as the iPad Air 3, this device was unveiled last month with the iPad Mini 5. Just like that device, it gets a 2 out of 10 repairability score, meaning it’s quite hard to repair. Inside iFixit found a larger capacity battery compared to its predecessors. It also plays nicely with the Apple Pencil, just so you know.

The teardown also revealed some similarities to the discontinued iPad Pro 10.5 inch. The device gets the Smart Connector, the dimensions and other major features from the 10.5 inch iPad Pro launched in 2017. It has a new Space Gray color option, no camera bump and two speakers compared to the four of the iPad Pro.

iPad Air (2018) has a dual cell 30.8 Whr battery compared to the 27.6 Wh unit on the iPad Air 2. It also beats the 30.2 Wh battery from the iPad Pro. The engineers from iFixit also found that the new iPad Air has an internal layout similar to the iPad Pro models and the central logic board is also similar. On the positive side of things, the device only needs a single Philips screwdriver to take care of all the screws and many components are modular, so they can be replaced independently.

But then again battery replacement is very hard and everything is glued with large gobs of adhesive. The Lightning port is soldered to the logic board.